The Top 15 Influencer Marketers Must Know in Dubai

Marketing is seen as a core part of every business, with each requiring a marketing strategy in order to best their competitors. Nonetheless, the strategies are as wide and varied as the number of businesses employing such methods. The wiser the business is in coming up with its marketing mix and implementing it, all are important factors that’ll determine how well the business performs in present business conditions. Social Media in Dubai has created a cheap and easy way to reach marketing platform for most businesses. Nevertheless, when all is said and done, nothing beats a marketing strategy and delivers results on investments like using people, well-known people – to increase your awareness and presence in the industry.

These have over the years been given a term – influencers! Influencers in Dubai are making a living the easy way – all they have to do is stay relevant in their market niche and say a thing or two on their social handles about your product and puff! You are good to go. Nevertheless, you still need the right influencers for your particular brand who will not fail to impress. In that bid, we set out to compile a list of the most ‘must-know-of’ influencers in Dubai that you should have known of yesterday.

Her success story began even before 2013; but after her strategy of uploading beauty tutorials on YouTube and consecutively launching Huda Beauty with her sisters Alya and Mona, her story would only begin to climb the ladders which many celebrities only dream of. The 34-year old American is now boasting of a massive follow up of 27 million followers on Instagram and is quite the spitting image to attach your product with. 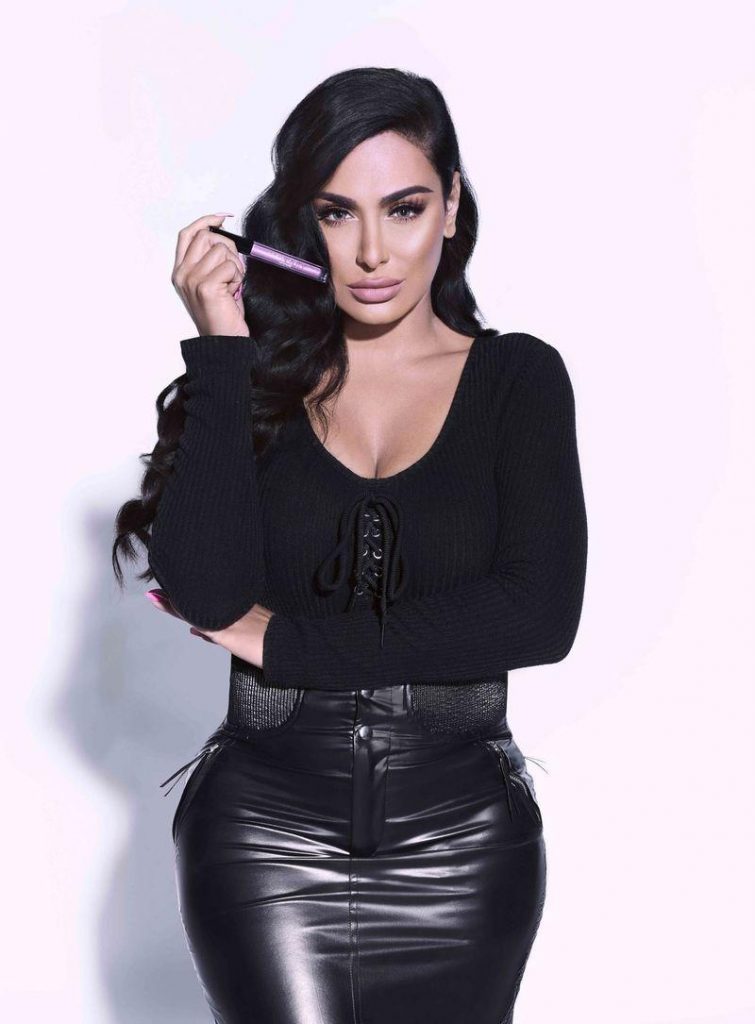 Sheikh Hamdan Bin Mohammed popularly known as Fazza has hit both the business world as the Crown Prince of Dubai, United Arab Emirates, and also as a popular poet. The guy has been involved in massive business deals and even been elected in bodies and councils governing the people of Dubai. With such popularity and love from the populace, it is no wonder the guy can walk shoulder high with a following of more than 2 million on Facebook and an even larger fan base of 6.5 million on Instagram. When thinking of social media influencers in Dubai, such figures are not to be left out of the equation. 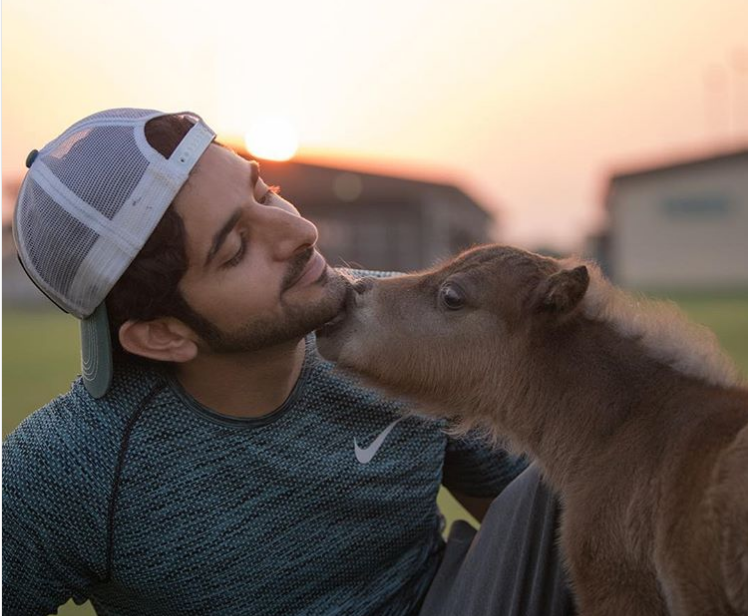 The Lebanese blogger living in Germany can claim to have a follow up of 471,000 fans on Instagram. With her popularity, she was able to open her beauty line with a range of liquid lipsticks and lashes that have successfully sold in more than 300 drug stores in Germany. Get a taste of her sassy vibe on her blog as you make your product known. 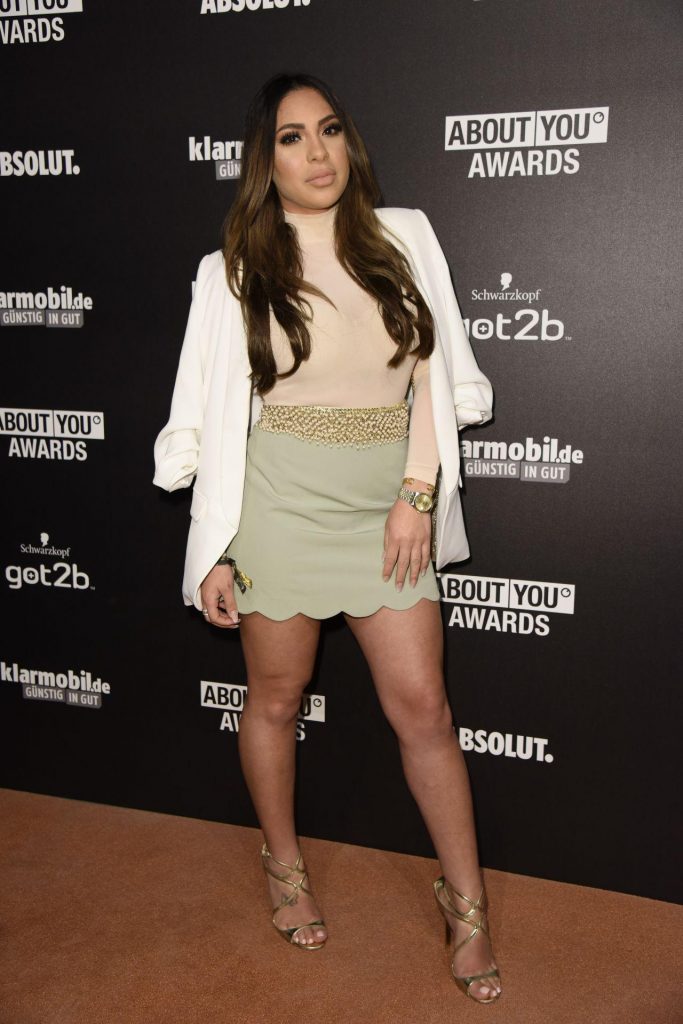 Nilo’s story started out after launching the popular Saudi Beauty Blog in the year 2012. Some of her most-recognized works include a salon in Toronto, Canada, & partnering works with huge brands such as Toni & Guy and MAC Cosmetics. These have all played a major role in forming the hundreds of thousands of followers on Instagram and provide a valid source of marketing for other brands. Join the Nilo train today. 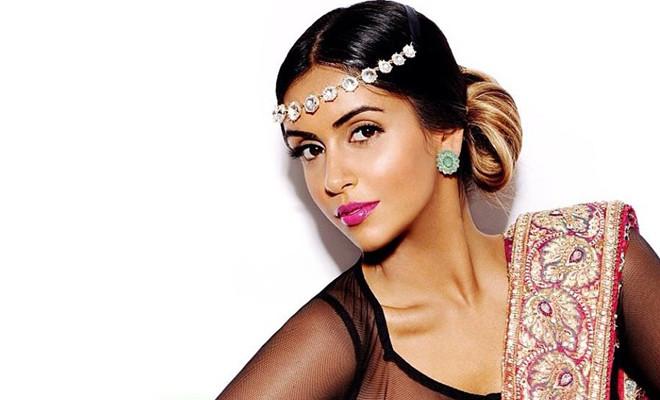 Some people think beauty is totally objective until they find themselves bewitched and entranced with a face, a voice and a body which will have you following every laid out command. When it comes to beauty, glamour and glance, Joelle knows all about it and hasn’t been afraid to use that woman power in driving sales for various businesses. With millions of followers on Instagram, the icon is not only making it in the Arab world but has amassed popularity worldwide. The 40-year old Lebanese went on to found Maison De Joelle in 2008; the leading beauty salon in the Middle East promises to give you a lavish experience like no other.

At only 21, Hayla has come out to breach the social media based in Dubai with a subscriber base of 3.8 million YouTubers on her YouTube lifestyle channel. She also founded Hayla Couture, a successful bridal and evening gown boutique store. She is most famous among the youth populace and idolized as the ideal youth entrepreneur with beauty to accompany that. 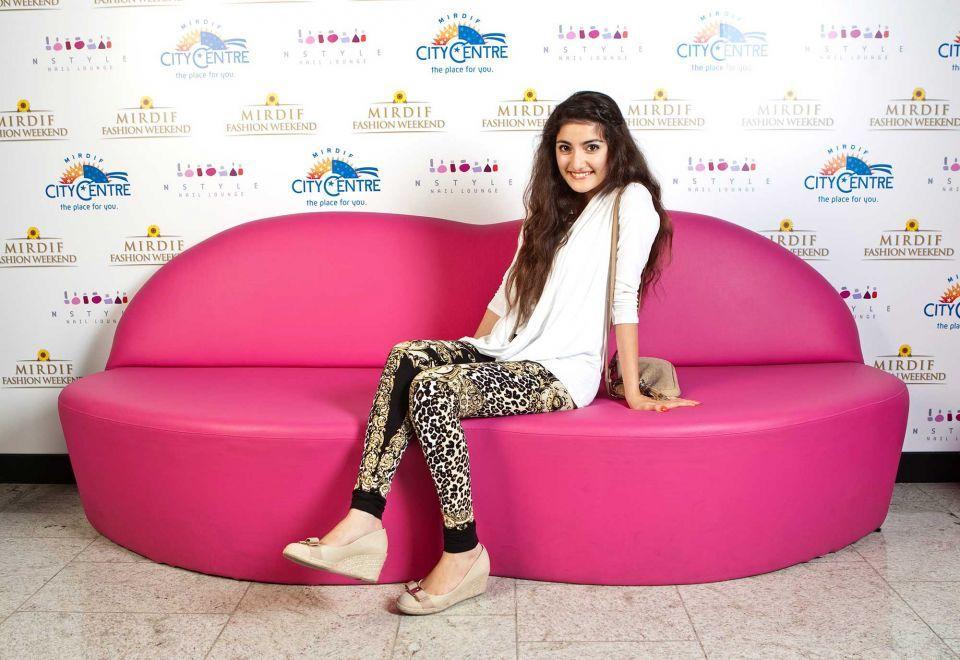 When it comes to blogging, no one does it better than Elias El-indari. The stylish blogger has influenced the Arab men on both sides; from the cheap and really outgoing looks to the very stylish and posh ones, to make a man appear like two! He has gained hundreds of thousands of followers on Instagram and is seen as a rising voice on Twitter. 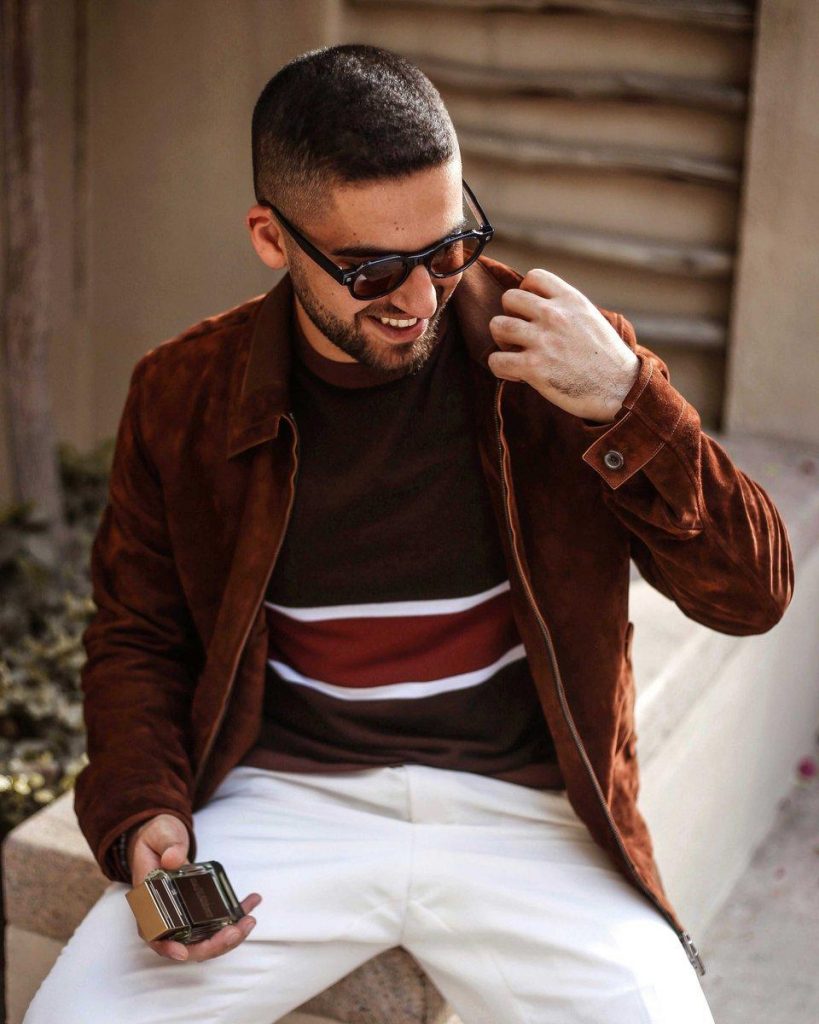 Chill out once in a while and let off some steam with the best games from Saudi Gamer. The big titles to be found here include Assassins Creed Odyssey, God of War, Call of Duty Black Ops, Kassandra and Spider-Man among many more. Stay informed on their Instagram page which is almost hitting the 2 million mark.

Beauty has a way of appealing to more than people’s sense of sight – it goes much deeper than that. Samer Khouzami, termed as the “master of contouring” has exploited this market niche to form a makeup range that has gained approval with the Dubai market. He has been seen holding workshops and masterclasses all around the world sharing his tips on storming the beauty and fashion industry. This has not only gained him a big audience on Instagram, but it has also secured a large fan following on Facebook and loyal YouTube subscribers. When it comes to coming up with eye-catching images and complete facial makeovers, you need the hands of a master – you need Samer Khouzami, and so does your brand. 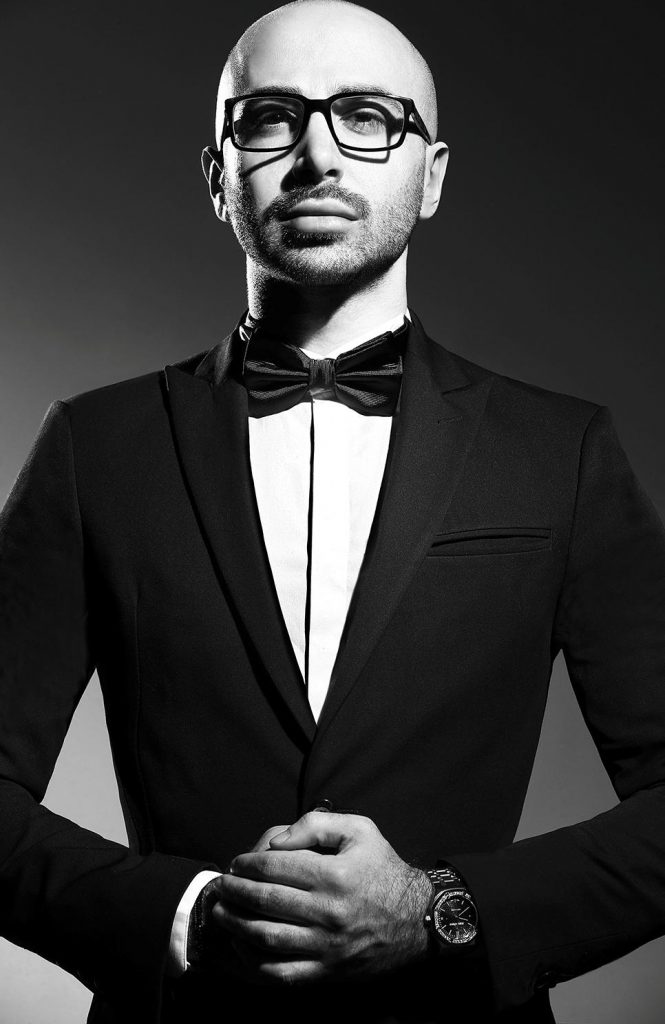 When thinking of influencers in Dubai, you cannot fail to mention the ‘darling of the nation’ and the host of the TV show, Sabah El Kheir Ya Arab. The Social Media personality and the brand ambassador has been at it on all Social Media platforms with the biggest following reaching 6.5 million fans on Instagram. She is known to carry the voice of the people and has sparked massive debates and controversies about different topics over the years. When thinking of a brand promoter, you definitely want a voice that is heard and valued by the people – who better to do that than the top Social Media Dubai influencer with looks and guts?

The above are some of the biggest names that both startups and well-established businesses can make use of to influence their outreach in the Middle East market. However, they are not the only personalities and were I to mention all of them; the list would be quite long. Some of the not-so-spoken names which also make contributions in different market forces might also be a good tool for your business. They include bloggers, journalists and upcoming artists who seek to make a difference.

A champion for women’s rights and also a musician, this fashion and beauty artist is found to have an engagement rate of 16.9% on Instagram – not bad huh! Her easy to use and readable blogs have impressed most Arab readers who follow her.

You have all come by sites offering the best sports outfit and attire. What you haven’t come across is a site dedicated to the goalkeeper only. The site offers a store for all goalkeepers’ accessories and is slowly finding loyal fans, especially on Instagram, amongst the football lovers.

Meet the Kardashian’s of UAE! The two makeup artists have partnered together over the years in a ‘sisterhood’ manner to form a stronger bond hence a much stronger brand. It is no wonder their fan base is almost reaching 1 million on Instagram.

Influencer marketeering is all about making it in your particular niche with an additional quality. It is that added touch that has seen David Warren make a name for himself for only dealing with jewelry, yet, his name is one of the most outspoken ones. Join him on Instagram for the latest posts and trends as concerning the jewelry world.

Influencers in Dubai can also be a community of people with common goals and needs. The Dubai Design District is a one-stop place for people to get fashion tips you might never get anywhere else, immerse in architecture and design, shop and eat the best from the Arab worlds. It is fast growing on different Social Media especially Instagram where posts are updated on a daily basis keeping the fans informed.

Whatever or whoever you decide to use as a Social Media influencer in Dubai, you have to factor in not only the attributes of the individual or community but also the costs with each. Many agencies have come up to specialize in hooking up businesses with the ideal influencers. You, therefore, need not worry about the hassle of going about it and attaching your brand with the biggest names in the Middle East. Whatever you do, be sure to have at least one of these Social Media influencers – it is good for business.

If you are looking for a social media agency in Dubai, get in touch with Igloo.